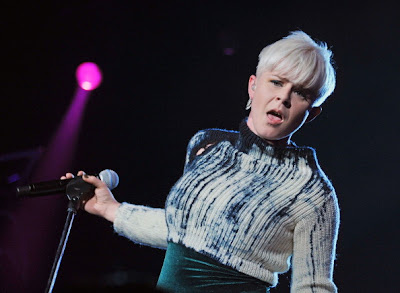 Anyone who doesn’t follow me on Twitter or Facebook, and if not why not, will have been expecting to see a gig review for Robyn appearing on the Blog over the weekend.The truth is that Robyn came down with a bad throat infection and so had to postpone the Bristol and Manchester dates of her tour. So I still haven’t got to see my favourite female artist’s tour yet.

The worst thing about the situation is that these tickets were bought using my refund of a previous gig that was cancelled 3 hours before doors were supposed to open. Me and Kerri (who was also coming to see Robyn with me) bought tickets for M.I.A. months in advance, so when I saw the email from the O2 Academy while on the train back to Liverpool I was devastated. That was back in November last year, and I bought the Robyn tickets as soon as they were announced, not knowing that a similar fate would befall us 24 hours before I was meant to be in Manchester for the gig.

Robyn has merely rescheduled her concert this time round, the fact that no refunds have been offered has made me cross my fingers for an announcement very soon. I was so ready for this concert, and now to be stuck in this limbo of sorts where I don’t know whether I’ll ever get to see her live is frustrating. Hopefully it won;t be too long before I get to see the Scandinavian star perform, I have been waiting a very long time.