With the Grammys a week away, I decided that I would spend my Sunday listening to all 5 nominated albums and give my views on whether each is a deserved nominee/winner and my prediction for who will walk away with the award on the night. I’ll go through each album in alphabetical order, then close with a round up of what I expect to happen next week.

I went into my first listen of Arcade Fire’s third album with preconceptions of the style and an idea of how much I would enjoy the record. Both of these were dashed very quickly, I had thought that the band were a rock group and so had expected a Kings of Leon style record. This couldn’t be further from the truth, The Suburbs being a fully varied album that is hardly indie, or that genre I hate to refer to as ‘alternative’. It has everything that I love about completely realized albums, with songs blending into each other, abrupt changes of genre, there’s even a reprise of the opening song to end. It’s an epic album, and one I’m glad I experienced during the preparation for this article. It’s the least commercially successful album in the running, but is the most complete piece of recording. It fully deserves its nomination and would be a worthy recipient of the final prize. 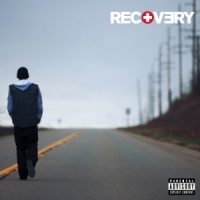 
With sales through the roof across the world, this was the album that everyone knew would be nominated for this award. Following 2009’s average at best Relapse, Recovery saw Eminem return to a new career high. That said, every reason people can think of for the album to win this award has nothing to do with the quality of it as an album. Not Afraid and Love The Way You Lie are Em’s best songs since Lose Yourself, but those are just two songs, on a 17 track album. It’s an overly long album, which would make a great 10 track album, but grows tired at points. It takes 6 tracks to reach the first truly great song, exactly why I can’t say I want this to win the award on the night. The effect those two singles had in 2010 is enough for a nomination, but for me, the album just isn’t a rewarding listen.


The second album on the list that I hadn’t heard before today, the only track from Lady Antebellum I had heard is title track and worldwide hit Need You Now. It may not be my genre of choice, but as the nominees go, Need You Now is one of the most consistent in quality. Every song has the same country pop mix that Taylor Swift has used, but I enjoyed Lady Antebellum’s take on it more than country’s sweetheart. There are no weak tracks here, and it’s obvious why this album has sold so many copies in the US. That said, the songs are all very similar to each other, the lack of variation is obviously a hallmark of the country genre to begin with. It’s on this note that I say that the nomination was deserved, but a win against these other albums would be wrong.


When I planned to do this article, and tweeted that I would listen to each nominee and decide which deserves to win the award, I had forgotten that Gaga and this album were in the running. At just 8 tracks long, The Fame Monster is less than half the length of Eminem’s album and is all the better for it. No-one makes Pop quite like GaGa, and from the catchiness of Bad Romance to the craziness of Teeth, every song is incredible. After losing out to Taylor Swift last year in an already tough category that contained Beyonce and The Black Eyed Peas, GaGa did what any great artist does and borrows a fellow nominee for a standout moment in Telephone. Every track sounds like a single, and yet none are similar to another. GaGa deserves the nomination more than anyone else, and would be fully deserving of the award.


The most surprising nomination of the bunch, Katy Perry appears as the spokesperson for the Pop music that makes up 50% of the charts across the world. The voters are obviously finding a way of rewarding producers like Stargate, Dr Luke and Max Martin for the work they’ve done here, and Katy Perry was the least controversial choice of the bunch, Ke$ha obviously hadn’t washed for her nominee selection meeting. It’s a great pop album for sure, tracks like Circle The Drain and E.T. taking Perry into darker, and much more interesting territory on her sophomore record. Teenage Dream was one of my favourite songs of 2010 too, and she had 3 worldwide number 1s from one album. I just can’t put it up against an album like Arcade Fire’s and defend a nomination here though. There are loads of albums that I would have placed in the nominee line up above this, so I won’t be happy if she pulls off a very very surprising win next week.


So we have 1 album that shouldn’t have been nominated (Teenage Dream), two that shouldn’t win (Need You Now and Recovery), and two that would deserve it (The Suburbs, The Fame Monster). Between these last two I would have to go with GaGa as being an album that never fails to amaze me, despite strong competition from Arcade Fire. In order of preference for winning I would have:

Obviously the question of who will win in the end is tougher to gauge, but given that a Hip Hop artist hasn’t won the top award since 2004, I would go with Eminem to win based purely on how Grammy voters went with commercial success, and media scandal, over quality when Taylor Swift won last year. In order of likeliness to win I would have:

I’ll be looking at both Record and Song of the Year before the award show too, so look out for that later this week.