After lists of music from my favourite artists, I thought it would be the perfect time to showcase the videogame series I hold in equal acclaim. Final Fantasy has been an essential part of my life, both VIII and Metal Gear Solid being two of the games I blame my obsession with the past time on. I’m currently playing multiple entries on this list again, a list that contains both main series entries and some of the many spin offs Square-Enix have given fans over the years. Fans of the series should be prepared for some surprise omissions and the low placement of a certain ‘classic’ entry.

Starting this list off is the latest main entry in the series (forgetting XIV ever happened), which arrived on PS3 and 360 in 2010. It may not have lived up to its predecessor’s in the way that fans had hoped for, but Final Fantasy XIII is a great game regardless. The battle system is interesting, and though the game is painfully linear at points, it does build to a fantastic final third. Lightning is one of the best protagonists the series has seen too, far surpassing those from games I rate much higher on this list. The fact that after 13 games, Final Fantasy can still be the definitive RPG of the generation is a good sign. 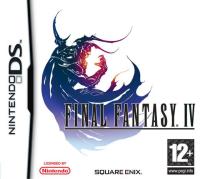 The oldest game on this list, unsurprising to fans as it was the first truly great entry in the series. Following the release of the SNES, Square decided it was time to shake up the Final Fantasy format, expanding both the narrative and the battle system in ways that would become synonymous with the series. The Active Time Battle system made its first appearance, and while its hard to imagine RPGs without it, at the the time it was a revolutionary step forward. The DS remake in 2008 was one of Square-Enix’s best refreshes, with full voice acting and 3D graphics being added to the SNES classic.

Most will probably think I mistyped the amount of I’s after the V in this entry, but no, Final Fantasy 7 is not one of my favourite games in the series. Even so, I understand just how important it will be to a lot of people who remember their first time playing it. VII was a lot of people’s first FF and so will have a place in their hearts, whereas I didn’t play Cloud’s adventure until I had completed the other two, far superior PS1 releases. The cast may arguably be the best the series has ever seen, the most memorable at least, but going back to the game it does have plenty of flaws. The battle system can be slow, and the game hasn’t held up as well as the other titles on PS1, but it’s hard to ignore Final Fantasy VII from this list. 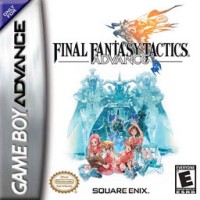 I knew that a Tactics game had to make it onto this list somehow, and while I love the PS1 original, the GBA game is where I’ve spent hundreds of hours. Not a remake, and yet not a true sequel, Tactics Advance was everything the original game was and more. This meant stack loads of stats to deal with and some of the most difficult battles the series had ever seen. Tactics Advance was the first spin off game that really hooked me, and the Tactics games remain the best series of titles outside of the main numerical entries. I will always have fond memories of my time with Tactics Advance.

This is where things start to get really good. I knew which 6 games would make up my top 6 long before I made this list, and Final Fantasy V is the oldest of them all. It’s most definitely my favourite of the Nintendo era games, which is why it is one of the games in this countdown I have been replaying recently. The Job system here is the best Final Fantasy has ever seen, expanding on the one found in FFIII by adding a plethora of customisation. It may not be the most polished, or the most popular of the SNES era Final Fantasy games but it stands out amongst the crowd and is a genuinely interesting, inventive game. 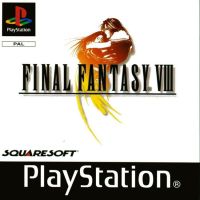 Noticing a trend so far? I always seem to pick the games that others see as the dark horses of the franchise. Placing FFVIII ahead of VII may seem unjust, VIII is a very overly complicated dense game at points. But it was my first true experience with an RPG and is one of the reasons why I’m writing about Games now. Some clever design choices such as integrating FMV cutscenes with gameplay and the complicated but rewarding Junction system that does away with using MP for magic makes FFVIII a joy to play, even 12 years after release. It may have some flaws when it comes to a combination of angsty teenagers and political warmongering, but VIII will always remind me of exactly why I enjoyed FF in the first place.

The placement of Final Fantasy X-2 so highly in my list may cause more dismay than VII’s at number 8, but for all of it’s campness and ridiculousness I can’t help but smile when I play FFX-2. The first true sequel in the series’ history, X-2 took players back to Spira with Yuna Rikku and new character Paine for an all girls adventure that features both RPG action, and J-Pop dance routines. For every over the top dance routine though, there is a section of rewarding RPG gameplay, the battle system in X-2 being one of the slickest the series has ever seen. revisiting areas from a previous game is always nostalgic, and for me, the world of Spira is the most memorable world in videogames.

Probably the most polarising entry in the series yet, Final Fantasy XII split fans right down the middle. Some complained about the changes to the usual formula, while others thanked Square-Enix for trying something new. The hype surrounding XII before release could be the reason for this, but it is true to say that it’s the most ‘original’ game the company have made in a long time. The battle system goes against nearly everything the series is known for, while the game takes the setting of Ivalice (seen in FF Tactics) and showcases an epic space opera reminiscent of Star Wars. I have not completed FFXII as many times as I have other games on this list, but it’s the most daring, interesting and enthralling game Square-Enix have made in years, and so I can’t wait until I do relive it. 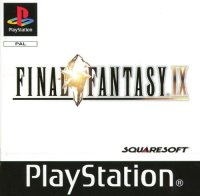 This is the game that has around my list the most. At one point it was below VIII, next behind the Ps2 entries on a list topped by X-2, and even now I’m having doubts whether the final 32 Bit entry in the series deserves the top spot. Final Fantasy IX is simply breathtaking. Visually stunning, even 10 years on, and with a charm that so many other games replace with harsh future technology, it’s an incredible journey. I played the game from start to finish recently, reliving childhood memories of discovering the many hidden secrets swept across  the world. FF IX is home to one of the series’ most iconic characters, the ultimate mage Vivi, as well as featuring the single greatest side quest in FF history. For the chocobo sidequest alone, I would happily recommend Final Fantasy IX to every gamer looking for the perfect RPG. It’s perfect, but if so, how come it’s still in the runner up position?

I remember the day I bought the best game I’ve ever played. I had been playing my new PS2 since Christmas, but still only had 3 pack in games. I took Christmas money with me to Gamestation and bought Metal Gear Solid 2 and Final Fantasy X Preowned the year after each had come out. These were the games I wanted a PS2 for in the first place, but I don’t think I realised at the time how important those purchases would become. Final Fantasy X is undoubtedly my favourite game, and obviously has to be number 1 in this list. As I said before Spira is a fantastic world to explore, with my favourite characters, namely Lulu and Auron, holding a varied cast together. This game is packed with content and though some may complain about the ridiculous ‘whale of death’ plot, it can also be a moving and touching narrative. I always find it hard to describe exactly why Final Fantasy X is the best game I’ve ever played. All i can say is that while playing through the game again these past few weeks, I just know it has to be. I’ve logged nearly 600 hours into various saves of FFX, and I don’t expect that to change any time soon.

One thought on “Superlist (Not Quite) Sunday: Top 10 Final Fantasy Games”