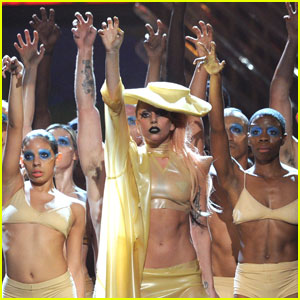 Post Grammy blog posts have looked very similar to each other for the last decade or two. People complain about voters favouring certain genres, ignoring huge talent and being downright stupid in awarding ray Charles the Album of the Year award over Kanye’s College Dropout. This year may spark a similar level of interest from the net, but for completely different reasons. The Grammy voters shocked everyone by awarding people for making good music, rather than being successful, with some genuinely surprising winners in the Big 4 awards. Let’s take a look at how the night panned out.

The most striking thing to anyone who looks down the nominee list and then watches the telecast is how few awards are actually handed out on stage. There are over 100 award categories, and yet less than 10 winners were given a proper thank you speech. In the pre-telecast award show, big winners included John Legend & The Roots, who picked up 3 awards, Usher who hampered Janelle Monae’s chances of a Grammy win in the Best Contemporary RnB Album category, and Jay-Z who’s Empire State of Mind beat that other big Rap/Song hookup from the past year in just about every Rap category. Rihanna earned an award for Only Girl, while GaGa walked away with Best Female Pop Performance for Bad Romance. There were very few surprises at this point in the night, though there were plenty to come once the show started for real.

At this point I must mention the red carpet, not for the outfits, not for the fact my livestream was hosted by Snooki, but for the WTF moment when Lady GaGa was carried across the red carpet in a giant transparent egg. Snooki’s incredible deduction that she would be ‘Born This Way’ made the whole experience that bit more ridiculous. Speaking of GaGa, she was the big performer on the bill, despite appearing extremely early on. The only performance before her was an Aretha Franklin tribute from Christina Aguilera, Jennifer Hudson and some artists who looked completely out-of-place. Florence Welch is an incredible talent, but singing next to such big RnB voices was a big mistake. Aguilera wailed her way through it, obviously trying to forget the fact that she deservedly scored no nominations this year.

Back to GaGa then, as her performances go, which usually result in someone dying or at least being eaten alive her Grammys 2011 offering was surprisingly tame. Other than emerging from her aforementioned egg, she did little more than dance along to her new song Born This Way, with a short ‘piano’ section making sure viewers knew it was still the Lady they’ve become accustomed to on that stage. I was surprised she didn’t do anything else overtly symbolic or on the ridiculous side given the nature of the songs lyrics, but maybe it was more risky to leave that part of the message to those lyrics themselves. GaGa was also winner of the Best Pop Vocal Album category meaning GaGa had her third award of the night and her second consecutive win for an album.

The other performers on the night, which ranged from Muse to Lady Antebellum to Bob Dylan with Mumford and Sons to Mick Jagger. Though it was a genuinely nice surprise to see Justin Beiber sing live throughout a whole performance of Never say Never alongside Usher, the female singers were in charge of this year’s Grammys. Gwyneth Paltrow performed Forget You alongside a ridiculous looking Cee-Lo Green, her slinky Piano moves making the whole thing the most ‘fun’ performance of the night. Rihanna delivered a stellar double performance, first singing her version of Love The Way You Lie and then getting far to hot and sweaty with Drake in What’s My Name. Even on her weak nights, Rihanna always delivers the goods. The highlight of the night had to be the trio of young new artists consisting of B.O.B, Bruno Mars and Janelle Monae the last of which blew even GaGa out of the water with her crazed and electric performance of Cold War. Monae may have been snubbed in both her categories earlier in the night, but judging by her stage dive and the only true standing ovation of the night she has a lot more to come in the future.

The main business is here now, with only the final 4 awards left I thought I already knew who would pick up each. Out of nowhere though, the first major shock of the night came in the form of the Best New Artist category. Rather than opt for the 4 commercial success stories in the category, voters went with Esperanza Spalding, an upcoming Jazz act who simultaneously became the first Jazz artist to win the award and the next assassination target of legions of upset Beiber fans. I was literally jaw dropped at her win as were plenty of others watching the show. This raised my expectations for the last three awards, which voters could take to some unexpected places.

Surprisingly the next two awards, Song and Record of the Year went to the safest choice of the night. Lady Antebellum’s song Need You Now scored the double and while I do think Empire State of Mind was robbed of the Record award, Lady A seem like a nice bunch so I can’t blame them. It’s interesting that the biggest contender for both these awards, Em and RiRi’s huge hit, ended up scoring no wins on the night.

Album of the year was finally here, and if i thought the New Artist award had been a surprise, this blew me away. Eminem had already won this award, that’s what everyone kept saying before the show had started. Voters didn’t go for an album based on commercial success this year though (see 2010) instead picking one of the best indie/alternative albums of recent memory. Arcade Fire may have lost out to The Black Keys in their own category but that didn’t stop them pulling a shocking victory at the end of the night. The only indie rock group ever to have a similar Grammy success is U2, and they have Bono so it’s hard to compare equally. In one award, Grammy voters proved that they could let the music do the talking and not feel obliged to reward an album for having 2 great singles and 15 other forgettable tracks. The Suburbs deserved it in the end, and the future of indie music at the ceremony has changed for good.

So how accurate were my predictions, of the Big 4 I got 1 prediction right Need You Now for Song of the Year. The other 3 were way off the mark. Of the other awards 5/11 of my wishes were accurate, while 8/11 of my predictions hit the mark. I’m happy with that result, and the with the awards show in general. I enjoyed seeing certain artists be rewarded for the incredible music they make.